Bill continued basic development and routine testing of the MK II components for their performance and durability as provided by the various designers at Chevy.

Due to deficiencies in the basic design of the MK II, a second, slightly different design came along, designated the MK IV. The Mark II’s originally had the same crankshaft, main- and rod-bearing diameters of the 409 engines. They also had 2 bolt main bearing caps in all positions and you couldn’t swap heads from side-to-side since they were designed with a right and a left orientation. All the MK II engines also had a 4 5/16” bore, including the 396’s. The 427 MK IV’s all have 4 ¼” bores, and the 396’s have a smaller bore with the same stroke length as the 427’s. They also have a larger main and rod journal diameters with 4 bolt main bearing caps for better torsional strength. Howell found that due to the different bore/stroke designs, the MK II’s had less internal friction than the MK IV’s and slightly better power with similar accessories.

Howell and his team started MK IV testing in late 1963, into early 1964. While testing was being done with lower-performance passenger car designs by other test engineers, Howell provided testing for all the mechanical lifter designs, both racing and street versions, and developing their components. He also did testing on oil pans and exhaust systems specifically for adapting the MK IV to the Corvette chassis, to be debuted in 1965. 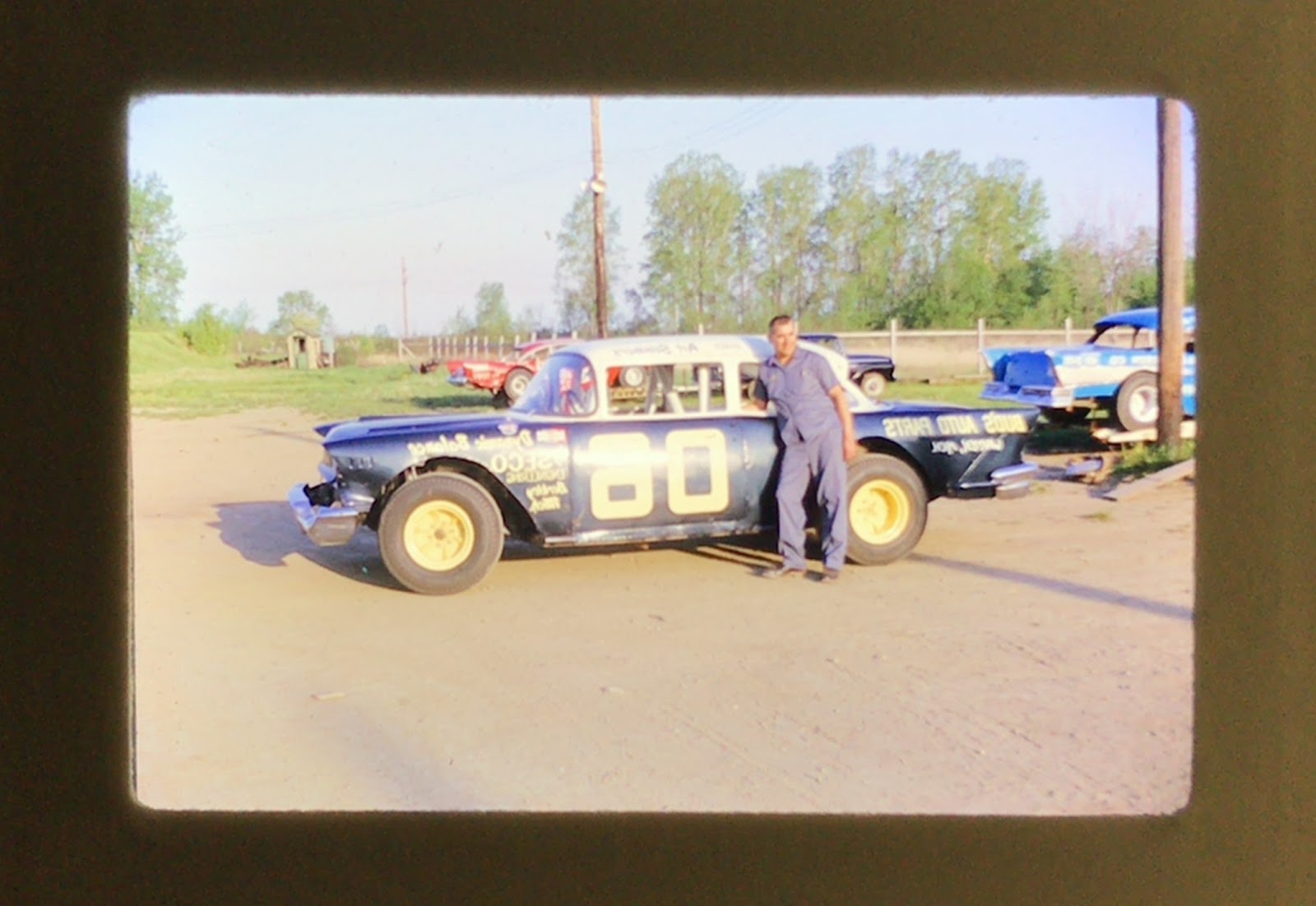 “In my off-hours,” says Howell, “I and four other employees at Chevy decided to build and field a short track car at the local ½ mile dirt track in Mt. Clemens, Michigan. It was based around a ‘57 Chevy sedan body with a small block engine. We hired a driver and paid him a percentage of the winnings. We competed for two years, and then sold the car to the driver. It was a great learning experience.”

As well as MK IV testing, he was assigned various short term responsibility for cold room tests, high ambient tests on a rolling dyno on a Corvair adaptation, various oil economy testing, and valve train tests on the original version of the Optron.

In the history of engine analysis and development, Bill says one of the many things he enjoyed in his career was working with the first samples of the Optron. With the Optron machine, engineers and mechanics now had the ability to view the motion of a valve at high speed. At the time, with only a strobe light to evaluate characteristics of camshafts and valve-springs, it was very difficult to accurately study more than the valve bounce.

Howell explains that “an Optron reflects light off of a polished edge – like on a valve spring cap. You don’t have to have a running engine, and you can cut away part of the head and actually watch the edge of the valve. It transfers that motion onto an oscilloscope. With this, you can watch the electronic trace on an oscilloscope to see the valve profile. It should follow the camshaft profile up and down, but as soon as you get to higher speeds it quits following the camshaft perfectly and starts bouncing when it seats or lifts off the lobe when it goes over the nose of the camshaft.”

Bill says that “I ran the very first Optron that ever came to Chevrolet engineering back in the early 60’s, and the room had to be absolutely dark. The thing was set up on a surveyor’s tripod, and if you bumped it, you lost a half a day’s work trying to get it lined up again. We made the set up a lot better as years went by. They may have something that’s beyond the Optron now, I don’t know what it is because I kinda lost track of it. But that was a magical instrument in those days.”

In 1965, Bill was assigned as primary test engineer for a prototype 6-cylinder diesel engine under design and development. “I attended a 1-week diesel school in Hartford, Connecticut on the Roosa-Master FI system,” he says. The diesel 6-banger was not developed to completion however, and was cancelled by the GM corporate executives. In the mid 60’s Howell continued development on MK IV designs, while the high performance aficionados gathered feedback on testing completed under contract by Smokey Yunick in his shop in Daytona, Florida, primarily on the MK IV engine. Howell recalls, “That’s when we tried replacing the Holley sourced 4 barrel carb with the GM Rochester designed Quadrajet carb, but due to its unique design, it was inferior, so we stayed with the Holley.”

While Bill continued routine development on performance engines, primarily intake manifolds with various carb combinations, Corvette began wanting a 3X2 barrel carb design. Howell mentions this design did not perform any better than a Holley 4 barrel, but looked like it did. The interest also spurred Howell’s development for a large plenum 2X4 carb intake manifold for the MK IV, but there was no immediate application for it.

Bill was also involved with the RPO L-88 427 CID engine released in 1966 as one of the most popular big-block engines in Chevrolet’s history. While the aluminum-headed 427 was only offered in production vehicles between 1967 and 1969, it remains a highly sought after design incorporating best components developed to that time.

1967 Trans-Am rules required a single 4 barrel carb, but Chevy staff knew that next year 2×4 barrel designs were going to be allowed so the MK IV team donated their 2×4 barrel, cross-ram intake manifold carb design for use on the high-performance version of the 302 CID V-8. Chevy also started development on their 454 CID MK IV with open chamber aluminum cylinder heads, finally reaching 600 BHP on their development engine.

Bill says, “We had good performance engines sitting on the shelves, because we had been doing this development. We started sticking them in Chevelles, Corvettes, and whatever else, as soon as we could.”

In July 1967, Bill’s career moved him out of the test lab when he was promoted to the Chevrolet Product Performance group, the unofficial racing arm of Chevy, under direction of Vince Piggins (a.k.a. the father of the Z/28). “My primary job was taking telephone calls from individuals seeking information on Chevy performance engine products,” says Bill. “I also moved into helping and advising magazine writers on the subjects they were writing about, and produced information pamphlets on performance parts and how to use them. I also received a company car when my job in the field became interfacing with the Camaro Trans-am team of Roger Penske and Mark Donahue to see how we could help them in the engine department. I visited TRACO Engineering in Culver City, California to familiarize myself with their procedures.”

During the 1967 SCCA Trans-am season, Chevy’s Camaros were plagued with brake and chassis problems that limited them to one win during the season. Howell was sent to Daytona in September to get familiar with Yunick’s operation and help him finish preparing two small-block 302 V-8 and two 396 big block engines. They would be used in two Camaros for record speed trials at the Bonneville, Utah salt flats to be run a month later, October 15th to 27th. Howell states that, “In all, we ended up with 266 records in Class C (183-305 CID) and class B (305-488 CID). These runs were supervised by USAC, and run on both 10 mile straight away and 12-mile oval courses laid out by USAC. Drivers

were Curtis Turner, Mickey Thompson, and Bunkie Blackburn. I attended the week of tests to evaluate component performance and durability and assist with engine maintenance. In later years when Yunick wrote his autobiography, I was referred to as a “pain in the ass from Detroit.”

Toward the year’s end of ’67, the Penske team conducted a 24-hour durability test at the Daytona speedway with cars and drivers supplied by Penske and Yunick in preparation for the annual 24 hour Daytona race to be run in January 1968. “In 1968, the 24 hour event was included in the Trans-Am series by the SCCA,” says Bill. “This was the first vehicle testing of the 2X4 cross-ram intake manifold under race conditions, and I was there to tune and adjust it. As I remember, top speeds were in the 165 MPH range. The Penske tests were successful for 24 hrs. Yunick’s car destroyed its exhaust system due to its design and that testing was terminated.”

“In the fall of 1967, Bruce McLaren and other principals of his team came to Chevrolet at our invitation, to discuss their future with Chevrolet in the SCCA CAN-AM series, run in the fall of each year in the USA. They had won the series championship in ‘67 with small block Chevy engines in their cars and had been solicited by Ford to change to Ford supplied engines. We offered to supply them with the 427 CID aluminum MK IV engines similar to those being used by the Chapparal team from Midland, Texas. Chevrolet R&D supported Jim Hall and Chapparal on a separate program not under our control. I believe our support was engines only. My responsibility was to liaison with McLaren and follow the hardware for their support.”

“The Chaparral stuff was done in what we called R&D, and they were behind locked doors. They did run their stuff on the same dynamometer as we did, so we were a little aware of what they were doing. Although the general public, the news media, and the trade magazines were not.”